World Championship Soccer is a third person 8-directional scrolling sports simulation. It is a licensed version of Sega's Megadrive/Genesis game.
The player is given a choice of 3 different modes: World Championship, Test Match 1 Player, and Test Match 2 Player. Test Match 2 Player requires 2 joysticks and allows for a great human vs. human game. In the other modes the opposing team's play is controlled by the computer.
After choosing a team from one of the 24 available, the player is selects individual team members. To aid selection, the various skill ratings of each team member are shown. Team members are selected for the roles of Goal Keeper, Defender, Midfielder, and Forward.
The attacking and defending team frequently change. The team that is controlling the ball, or nearest the opponent's goal is the attacking team. The instant that the opponent takes the ball, attacking and defending roles switch.

During game play, only the footballer with the arrow overhead can be controlled. The computer controls all the other footballers. The joystick is used to move a footballer in the desired direction.

Each game consists of 2 halves of 45 virtual minutes. There is no overtime held, should the game end in a draw.
After each day of the qualifying round, the results for all 6 groups in the tournament are displayed. After Day 3, the qualifying teams are displayed. If the player's team is not included, the game ends. The last 16 teams then compete in a series of elimination matches. If the player's team wins the FINAL, they become TOURNAMENT WINNERS. 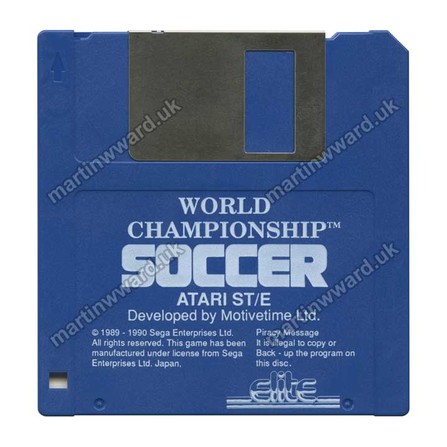 Martin developed an optimal 8-directional window scroll for the Atari ST version of the game, as opposed to the full screen overscanned scroll that was implemented for the Amiga game.

The realistic motion of the ball, including its bounce behaviour, was modelled accurately using real world Newtonian equations of motion. Martin also developed some highly optimised trigonometry for the AI.

In addition to developing highly optimised scrolling and sprite routines, Martin developed all of the AI control for the game. The user interface allowed for the player to control one footballer from their team at a time - the AI controlled which footballer that was. The AI then handled the movement and interaction of all the other footballers, including positioning, running, passing, tackling, kicking, and (in the case of goalkeepers) saving.

The Atari ST and Amiga versions of World Championship Soccer were the flagship platforms for the licence. As flagship versions, they were required to include features that were not present in the simpler 8-bit computer games, Martin developed the AI for these extra features including kick offs, goal kicks, throw ins, and corners - all of which added to the enjoyment of the game.

The aim of the project was to duplicate as accurately as possible the game play of Sega's Megadrive version. However, under the terms of the licence agreement, Sega did not provide any of the source code, graphics, or music from the original game. Original source code would have been particularly useful when developing versions of the game for the Atari ST and Amiga, as both of these computers use the same 68000 processor as that used in the Megadrive. 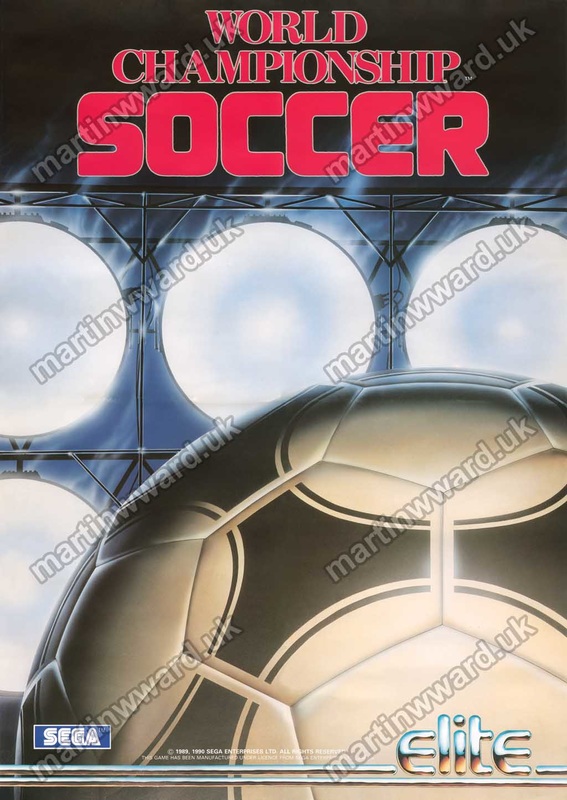