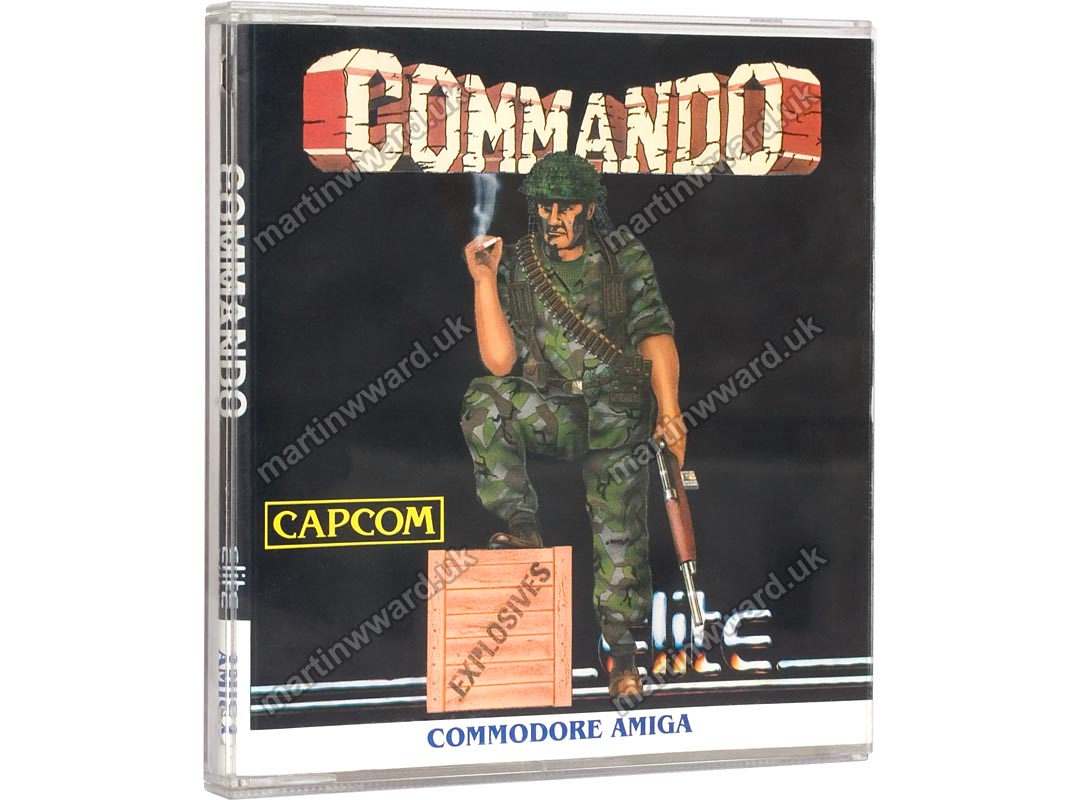 Commando for the Amiga is a licensed conversion of CAPCOM's coin-op arcade hit.

You are Super Joe, the crack combat soldier of the eighties, battling against all odds to defeat the advancing rebel forces. Equipped with only an M60 machine gun and six hand-grenades, you carry out your lone crusade, forcing your way into hostile territory. Mortars, grenades and dynamite rain from the skies and explode around you. Enemy bullets fly past you in all directions. Trenches, cliffs and lakes block your path. Rebel forces appear from caves, strong holds and troop carriers to stop your progress. You must show no mercy. You must not retreat. You must keep pushing yourself further and further into enemy lines, collecting supplies of hand-grenades from defeated outposts, until you reach your final objective, the fortress.

Have you got the skill and stamina to defeat the enemy?

At the start of the game, our eponymous hero is dropped from a helicopter into an enemy-infested war zone.
The player must avoid being killed, and use his hand grenades and machine gun to single-handedly defeat the enemy soldiers who are variously sheltered in bunkers, protected behind sandbags, or are otherwise generally running around wreaking havoc.
Medals are awarded as the player progresses through the 8 levels of game play.
At the end of each level, massive doors open releasing a horde of enemy soldiers. These must be defeated before the player is finally allowed a brief rest to prepare himself for the next inexorable battle.
Levels 4 and 8 culminate with a mighty onslaught from a heavily defended enemy fortress. If the player can overcome this attack, the fortress bursts into flames. More points and medals for our hero! 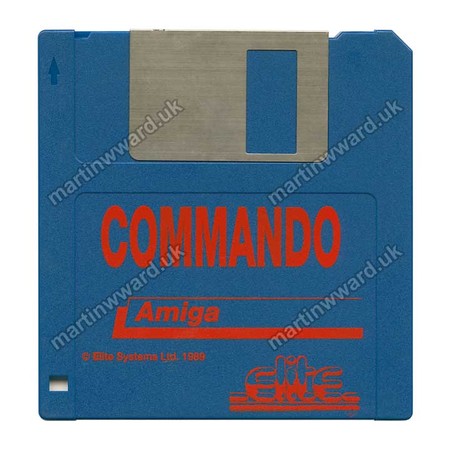 Martin utilised the 90%-completed game control code from the Atari ST game, and combined this with his own Amiga-optimised graphics routines to produce Elite's flagship home computer version of Commando. Martin made full use of the Amiga's superior hardware to produce a smooth vertically-scrolling action-packed game with an extended game play area. The screen height is a full 256 pixels compared with the standard 200 pixels of the Atari ST game.