Spinner Takes All is a 5-reel slot game with a TV game show theme. The game has 30 win lines, and features a giant wheel of fortune, where the player has full control of the speed of spin.

Join your host, Buzz Goodwin, as he takes you for a spin in the limelight. Fabulous prizes can be won on any of the 30 win lines, or from the amazing Prize Wheel, where you control the spin of Buzz's giant Wheel of Fortune.

To win, the player must match 3 or more reel symbols on a win line, or have 3 or more Prize Wheel scatter symbols anywhere in view. All line pay symbols must appear on a win line and on consecutive reels beginning with the far left reel. Only the highest win is paid on each win line. Coinciding wins on different win lines are added. Scatter wins and bonus wins are added to pay line wins.

The TV symbol is wild, and substitutes for any symbol except the Wheel scatter symbol.
Buzz will, at random, re-spin reel 5 to improve a 4-of-a-kind win, or reels 4 & 5 to improve a 3-of-a-kind win.
3 Wheel scatter symbols in view triggers the Prize Wheel Bonus. To spin the wheel, the player drags it clockwise, at their desired speed. The prize that the wheel stops on is awarded.
The Prize Board Bonus is triggered when the Prize Wheel stops on a Prize Board segment. The player selects any of the squares to reveal a symbol. Finding 3-of-a-kind of any symbol awards a prize and ends the bonus. Finding a star symbol takes the player to the Bonus Board. When playing Bonus Board, each star that the player finds increases their win. Finding 3 "X" symbols ends the bonus.
The Box Bonus is triggered when the Prize Wheel stops on a Box Bonus segment. The player chooses any of the boxes on display. Each box contains either a cash value, a cheque book and pen, or a star. Finding a cheque book and pen ends the bonus - the accumulated total win is awarded. Finding a star takes the player to the next round. Finding all 3 stars awards Buzz's Star Prize and ends the bonus.

Bonus Prize Spins are awarded when the Prize Wheel stops on a Prize Spins segment. During Prize Spins, the middle reel is replaced by a giant wild symbol which increases the chance of winning lines. The Prize Spins bonus ends when all 5 prize spins have been used.
If the player chooses to, they can gamble their winnings up to the maximum win in Buzz's Gamble Game.

The player can spin the wheel at any desired speed

On the more basic mobile HTML5 version of Spinner Takes All, the Prize Wheel is spun at a pre-determined speed using a simple button press. However, on Martin's Flash version of Spinner Takes All, the player has full control of the Prize Wheel. The player can:
After the wheel has been set spinning, it slowly decelerates until it stops with the clacker indicating the final destination segment. Martin modelled all of the motions of the wheel using real world physics.

Martin completed the AS3 game code for Spinner Takes All in January 2014, and integrated the game with OpenBet's server in the summer of 2014. 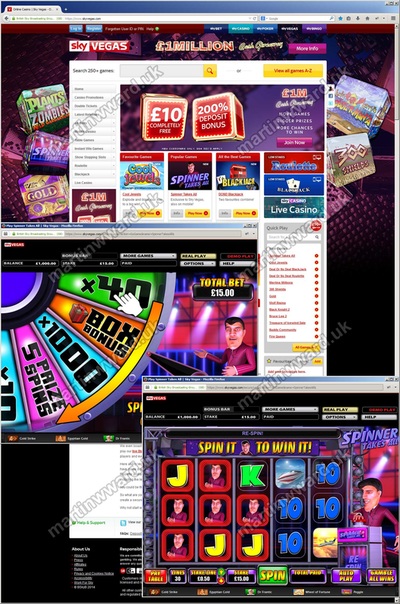 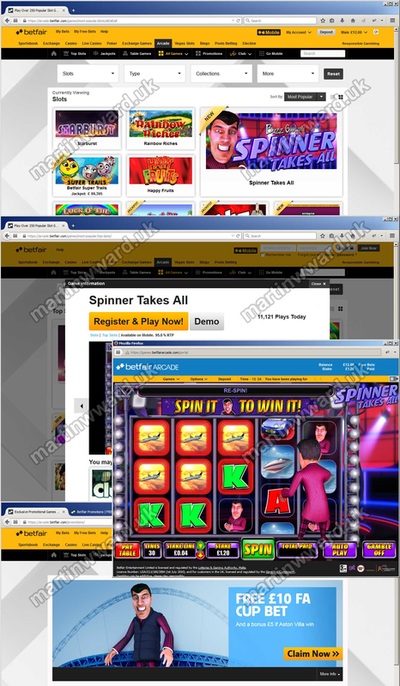 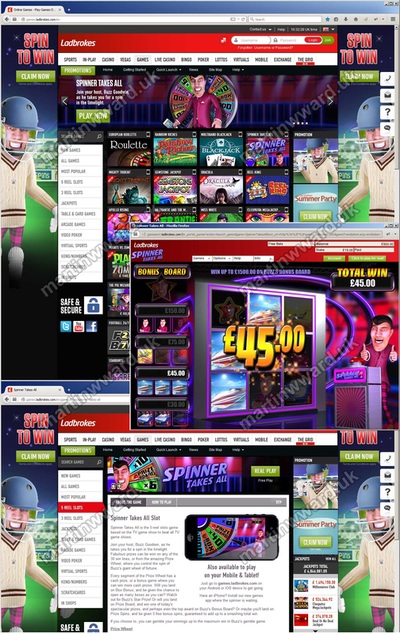 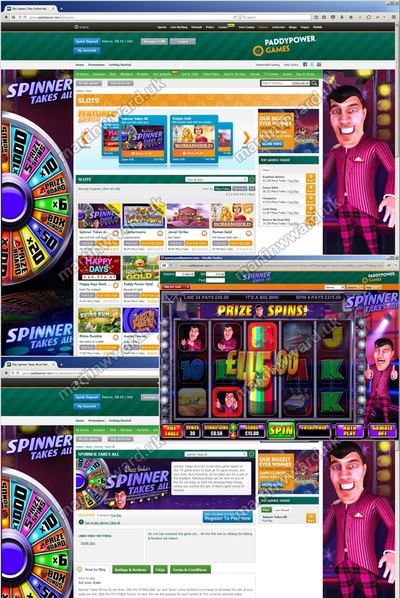 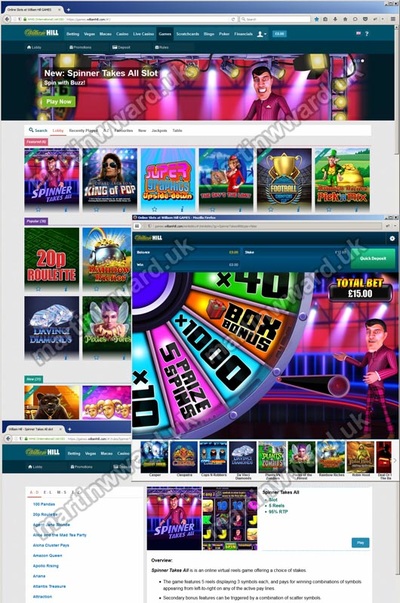 Spinner Takes All went live on SkyVegas in November 2014. It was subsequently launched on other platforms including Betfair, Ladbrokes, PaddyPower and William Hill.