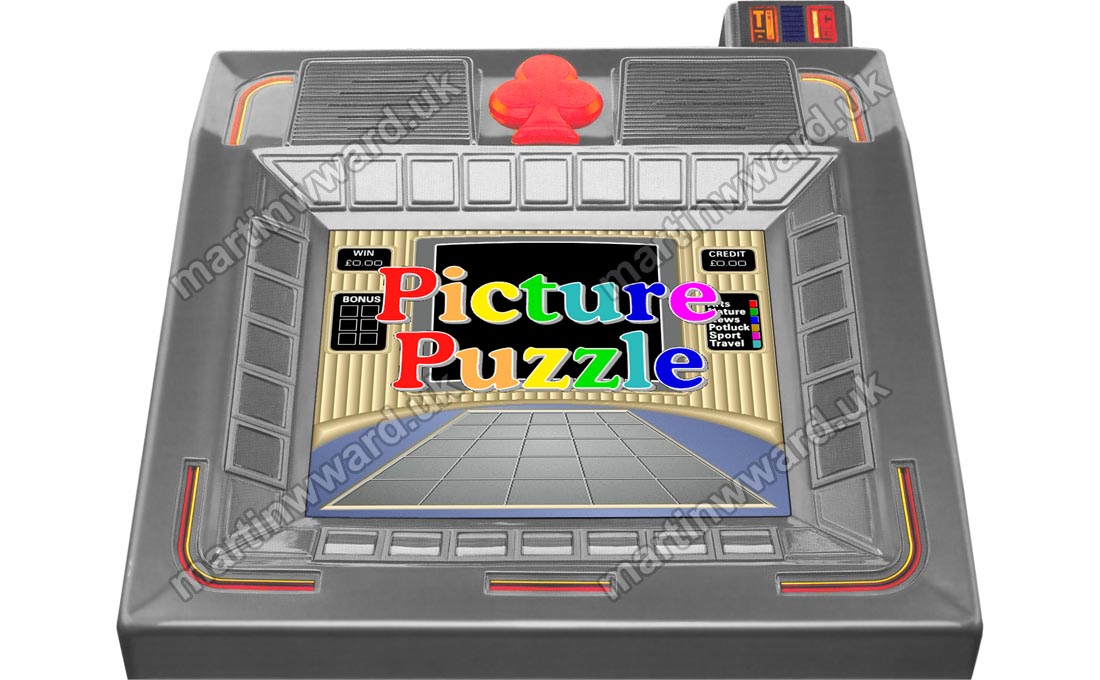 Picture Puzzle is a starship-themed pub quiz game with instant cash prizes. It is a £20 jackpot UK SWP multiple choice question and answer video game. Each question is accompanied by a full-colour picture or video clip.
During the game's zero credit attract sequence, a video is played, in which the game's host gives instructions on how to play the game.

To choose a question, you must move the pyramid from one square to the next by pressing one of the flashing buttons at the bottom of the screen.

Each square is colour coded according to one of SIX different categories. For example the GREEN squares are questions on NATURE. POTLUCK is orange, ARTS is red, NEWS is blue, SPORT is pink, and TRAVEL is light blue.

When you have moved you will be shown a PICTURE or a VIDEO, and then asked a question about it. There are THREE possible answers. You must then press one of the flashing buttons at the SIDE of the screen that corresponds to the correct answer.

Some squares have prizes on them. If you answer one of these questions correctly, you win the prize that is on that square. You can leave the current play area, and enter another one that might have more prizes available, by moving to one of the squares with EXIT marked on it.

The total prize money available in each play area is shown on the main screen, while you are choosing which square to move to.

The game takes place on the bridge of an interstellar starship. There is a main viewer, on which various images and video clips are projected, and a grid of coloured squares. The square with the pyramid on it represents the player's current position. To choose a question category, the player moves the pyramid from one square to the next by pressing one of the flashing buttons at the bottom of the screen.

Each square is coloured according to one of SIX different question categories.
When the pyramid has moved, the player is shown a picture, or a video clip, and must answer a multiple choice question about it. Each question has THREE possible answers. Pictures begin completely black, and are revealed using a variety of digital video wipe effects. They are generally only fully visible after two thirds of the question time has elapsed. This gives the game a unique twist that is absent in traditional text-only quiz games. In addition to the player enjoying the moment when they realise the answer to the question, there is also the satisfaction at the instant that they recognise the image being revealed.

The player is allowed one wrong answer per game. The game ends if:
The image wipe effects used in Picture Puzzle include:
To select an answer, the player must press one of the flashing buttons at the SIDE of the screen, within the time limit allowed. Some squares have cash prizes on them. If the player correctly answers one of these questions, the prize on that square is awarded. The player can leave the current play area, and enter another one that might have more prizes available, by moving to one of the EXIT squares.

Every time a different question category is answered correctly, one of six available BONUS squares lights up. When all six squares are lit, the player is awarded a bonus consisting of a free move. The player moves the pyramid one square in the direction of their choice, and is awarded any prize that might be on that square, without needing to answer a question.
At the end of the game, if the player has won a prize of not more than £10, a DOUBLE OR NOTHING GAMBLE is offered.
The DOUBLE OR NOTHING GAMBLE consists of a starship teleport pad divided into 6 coloured segments. Each colour represents a different question category. The segments are illuminated, one at a time, by the teleport beam. The player chooses a segment by pressing the flashing button at the moment that their desired category is highlighted. The player must then answer a question from the category indicated by the segment's colour:
Every time the gamble game is played, one of the MYSTERY PRIZE meter's 12 squares is lit with the colour corresponding to the question category chosen. When all 12 squares are lit, a bonus MYSTERY PRIZE is awarded. The MYSTERY PRIZE meter is then reset, ready for the next time the gamble is played. 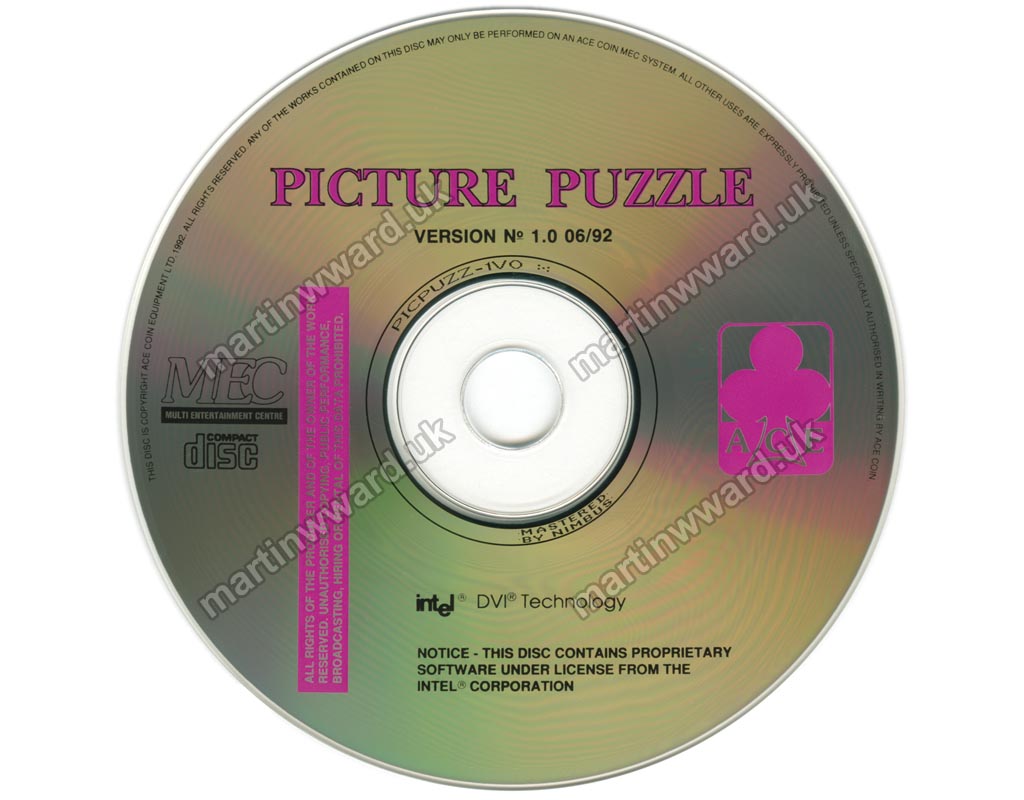 Martin created the design, and developed the code, for the game. Development commenced in September 1991, and was completed in early 1992. Further development of the game was carried out by Martin in 1993, when ticket dispenser functionality was added to the game.

Bespoke video was produced for the game's host, including various clips that were used to link the game's video attract sequences. Martin wrote the script for the host's game instructions video. 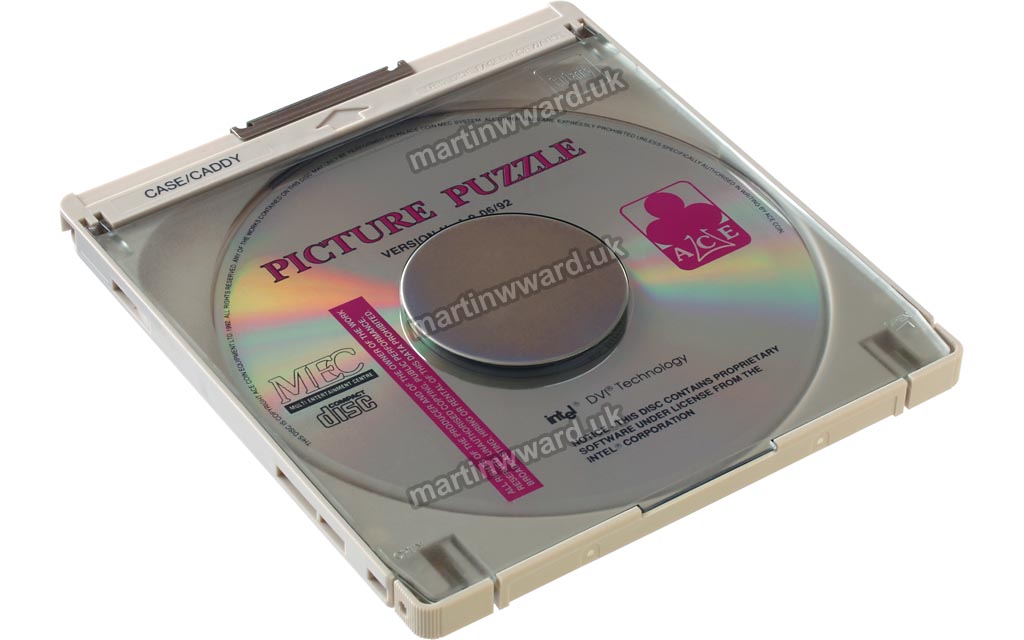 The game's zero credit video attract sequences, and the Quantel video effects used in them, were produced and edited by Signalvision, in Knutsford. All of the video clips for the game were sent on Betacam tape to Intel's DVI digital video production facility, where PLV video files were generated. PLV (Production Level Video) is the highest quality DVI compression available, and is used for 25 or 30 frames per second full screen digital video.

When the final PLV files were ready, padded versions of them were produced, for optimal CD streaming playback from within the game. The entire file set for the game was then assembled on various hardrives and CD-R discs and taken to the Nimbus CD production facilty in Wales, for the production of the game's silver CD-ROM discs. The game was published on a single full capacity 680 MB CD-ROM. 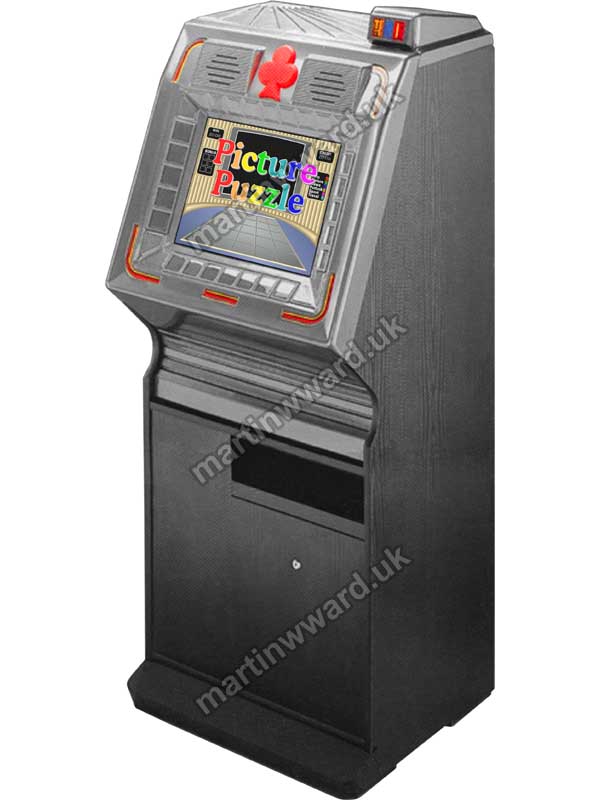 Picture Puzzle was launched in January 1992 at the UK's main annual coin-op trade show, the ATEI, in London. The game was released pre-installed on brand new MEC cabinets. Picture Puzzle was also released as a CD upgrade pack for existing owners of MEC cabinets (at that time, that would have consisted of ACE's first MEC game - Genius).

In 1993, ACE introduced its SmartKey dongle system for the Multi Entertainment Centre (MEC). All aspects of the SmartKey's design and programming were carried out in-house at ACE Coin Equipment in Telford. The SmartKey is fully programmable. Its functions include: