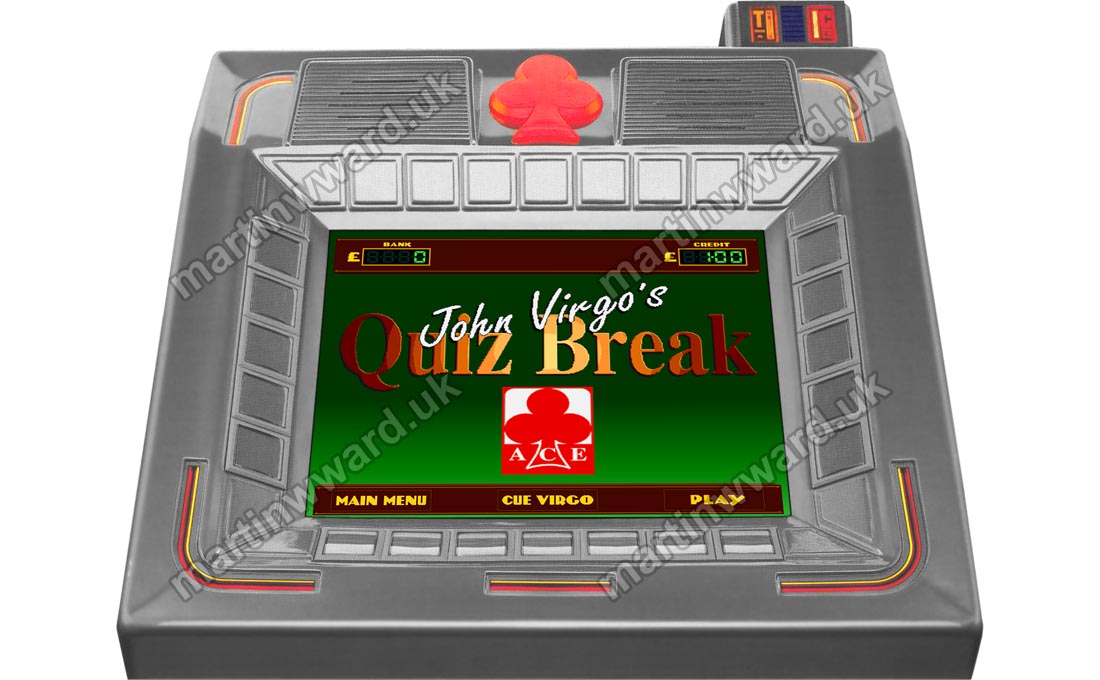 The game is divided into 3 stages:

In STAGE 1 you get 3 questions. For each correct answer you win time for stage 2.

In STAGE 2 you must answer as many questions as you can within the time won from stage 1. For each correct answer I'll pot a red. When you've reached the target number of reds, you win the first prize.

In STAGE 3 the normal rules of snooker apply. This is your chance to make a big break and win big money. For each ball potted you win points, and as you've probably guessed, ...'Points mean prizes'. Though be careful when choosing which colour to go for, because the hardest questions are on the higher value balls.

If you're lucky, at the end of the game, I might show you one of my trick shots. Hopefully it'll work!

Before starting a game, the player can press the "CUE VIRGO" button to see John Virgo explain how to play the game.

"Win time for stage 2" - The object of Play for Time is to win time for the next stage. At the start of the game, the time counter has 10 seconds on it. The player must answer 3 trivia questions (no retries allowed):

"Pot as many balls as you can" - In this stage, the player must pot as many red balls as possible within the time won from stage 1. To pot each ball the player must answer a trivia question. The stage ends when:At the end of the round:

"The normal rules of snooker apply" - As per the rules of snooker, the player must keep potting red then colour, until all of the available prizes have been won, or until a pot is missed. For each ball to be potted, the player must first answer a trivia question:
Question categories are assigned at random to each ball colour. The categories are:
The player selects one of the 6 coloured balls (and its associated question category), by pressing the flashing button beneath their chosen ball. The player is then shown an image, or a video clip, and must answer a multiple choice question about it. Images begin completely black, and are revealed using a variety of digital video wipe effects. Images are generally only fully visible after two thirds of the question time has elapsed.

This gives the game a unique twist that is absent in traditional text-only quiz games. In addition to the player enjoying the moment when they realise the answer to the question, there is also the satisfaction at the instant that they recognise the image being revealed.

In this stage, the player is allowed one incorrect answer. The stage ends if:
The image wipe effects used in John Virgo's Quiz Break include:
The time limit, and question difficulty, for each question is set according to the colour (ie. value) of ball selected. eg. a yellow has a long time limit, and a black has a short time limit.

After each question, a full-screen video of Virgo attempting to pot the ball is played.

Points are awarded for each ball potted:
At the end of the stage, the player's winnings are decided by a table of points and prizes, up to a maximum of £20. 11 possible prizes are available depending on the score reached (in addition to the prize won in stage 2).

In this stage, if a question from each of the 6 question categories has been answered, the player is awarded a FREE BALL. The player chooses one of the balls presented to him, but does not have to answer a question for the ball to be potted.

At the end of the game, if a prize of not more than £10 has been won, the player is given the chance to play the 4th stage of the game - Virgo's Trick Shot.
Virgo's Trick Shot is a DOUBLE OR NOTHING GAMBLE. It consists of a ring of 12 coloured snooker balls. Each colour represents a different question category. The player selects one of the available balls, and it is eliminated from the ring.
The player must answer one question from the category indicated by the ball's colour. A full screen video of John Virgo performing one of his famous tricks is then played:
When selecting a question category, if the player eliminates the last remaining ball in the ring, a bonus MYSTERY PRIZE is awarded. The ring of snooker balls is then reset, and all 12 balls are restored, ready for the next time Virgo's Trick Shot is played. 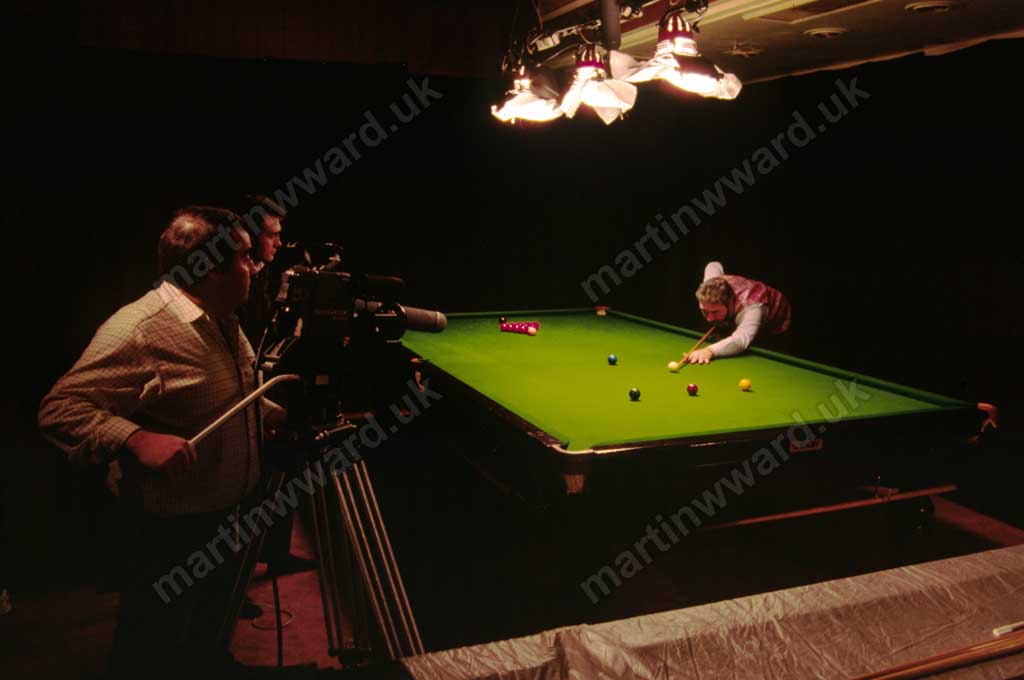 The full frame digital video clips of John Virgo were shot by a video production crew using professional Betacam video cameras. Martin scripted the video shoot, which was carried out at the Connaught Rooms, in London. The video clips that were required included:
Audio clips were also scripted and recorded for the various intros and voice overs in the game. 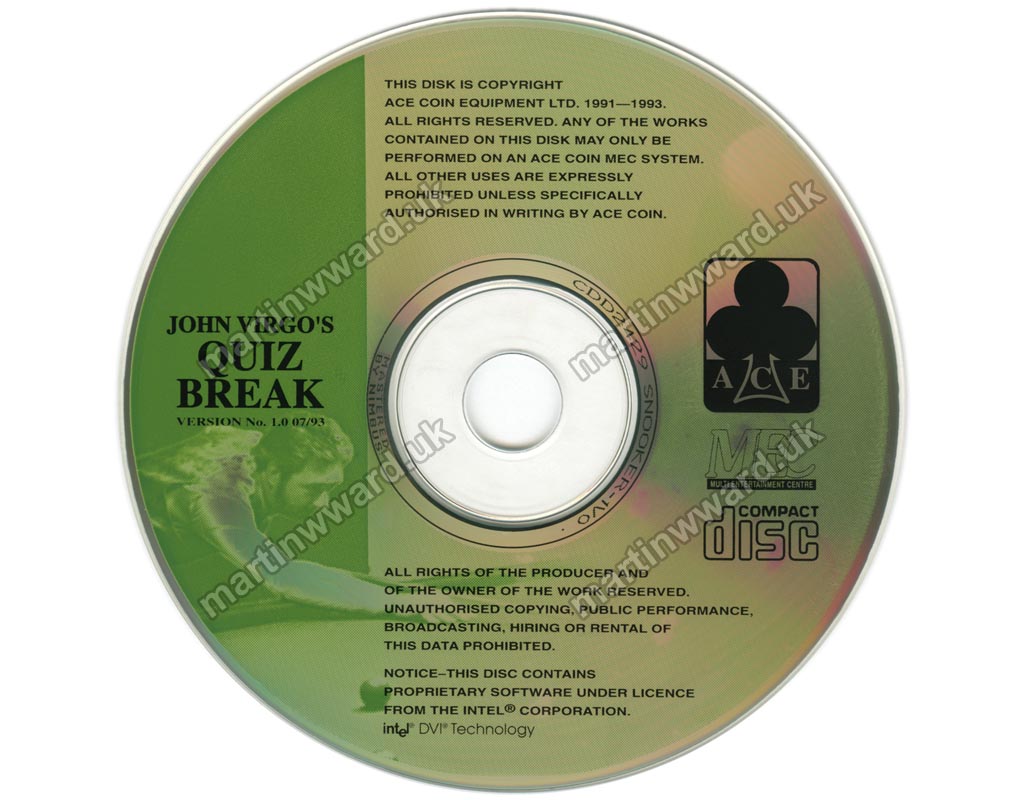 All of the video clips for the game were then sent on Betacam tape to Intel's DVI digital video facility in France, where PLV video files were generated. PLV (Production Level Video) is the highest quality DVI compression available, and is used for 25 or 30 frames per second full screen digital video. When the final PLV files were ready, Martin prepared padded versions of them for optimal CD streaming playback from within the game. The entire file set for the game was then assembled on various hardrives and CD-R discs and taken to the Nimbus CD production facilty in Wales, for the production of the game's silver CD-ROM discs. The game was published on a single full capacity 680 MB CD-ROM. 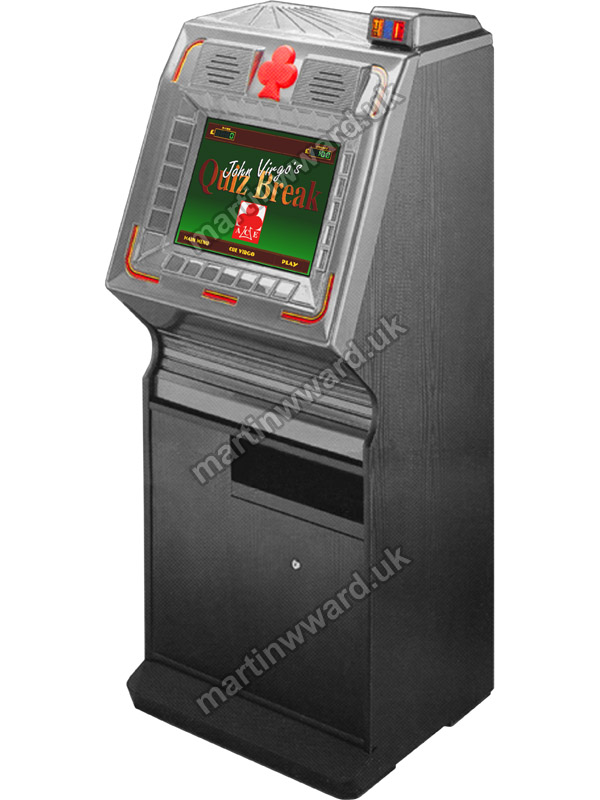